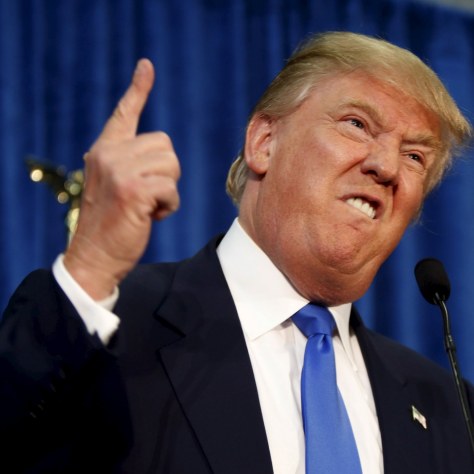 Given all the fake news leveled against the president by the Jew-run liberal media, I decided to investigate for myself the veracity of all these canards being spread. To this end, I visited my old friend Cletus McOnetooth of Ellis Chapel, Arkansas.

“Let me tell ya,” Cletus said. “People can say what they want about the Trump Man, but he’s one bad hombre.”

I pressed for details.

“Looky cheer, our prezzydent has single-handedly taken out ISIS. Each night, after all them press sissies have left the once-again White House, the Trump Man flies his hellycopter over yonder and fights against those A-rabs with his six shooters and bare fists. Even though that overrated General Mattis said it would take two years, the Trump Man got it done in just one month. All by hisself, mind ye.”

Astonished by the courage and skill of our fearless commander-in-chief, I implored Cletus to share how he had learned of these daring escapades.

“Well, every since them social media queerfolk made it hard to find Alex Jones online, I started following a bunch of conservative bloggers, and I just pieced it all together myself. Now, that’s all the time I have for questions. Wrastlin’s about to come on.”

Being a credible journalist, I needed to verify this story, so I rushed from Arkansas to South Carolina to meet up with one of the conservative bloggers in person, William Joseph Cartwright III. He took a break from perusing Facebook political ads and greeted me warmly.

“Just researching a new article,” Cartwright said, minimizing the window. “The only source I trust for news now is Facebook ads. To your question about the president battling ISIS at night, I can only offer one small correction, given the distance, it’s actually daylight over there when he lands, which if you think about it, makes him even more badass. I mean, even Batman had to fight criminals under the cover of night. And think about the courage the president displays to endure the pain of his bone spurs while battling these terrorists. That real courage. American courage,”

Thrilled to have verification of this spectacular tale, I rushed home to compile this article, grateful to live in a country with such a stalwart leader.