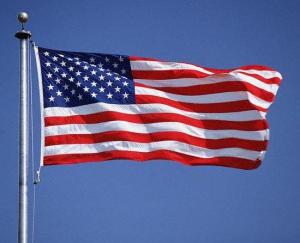 I got a call from Billy Joe Oilmoney the other day, and he invited me to his office to share his newest bill that’s about to be submitted to the House. Since so much of the media has covered up with pressing news of Royal Weddings, celebrity haircuts, and middle-age indiscretions, he wanted me to share it with the world.

Intrigued, I pressed for details.

“Well, you know, the Pledge of Allegiance is a sacred vow that citizens take to defend their nation. The old Pledge just sounded too socialist and liberal to me, so I wanted to freshen it up so my Tea Party activists would feel more like it’s a reflection of the America they are forging.”

Opening a drawer, he pulled forth a legal pad and handed it to me. In my hands, I held the original draft of our new Pledge of Allegiance:

“I pledge allegiance to the logos
Of the Corporations of America
And to the CEO’s for which they stand
One nation, UNDER GOD,
With liberty and justice
For those who can afford it.
Amen, IN GOD WE TRUST”

“Ain’t it just great?” Oilmoney asked, beaming like a proud parent at a little league game.

And I must admit, it brought a tear to my eye.