I had a great trip with my boys.  On the first night, there was still snow on the ground here, so they went outside and played.  As they pelted each other with snowballs, their laughter was like fuel for my soul.  Collin is almost seven and has gotten to be such an amazing boy.  He continuously amazes me with his creativity and intelligence.  Finn is four and is probably the sweetest child I’ve ever been around.  He’s incredibly tender and gentle, especially with smaller children.  He’s also scary smart.

We had so much fun I can’t write it all down.  They played and ran and laughed the whole time, and while there were a handful of tantrums and meltdowns, the trip overall was one of the best.

We capped off the trip with a visit to the waterpark, which is where the pictures are from.  As usual, they had a blast there. 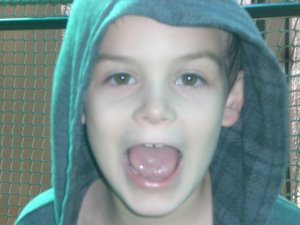 Now, it’s time to get back to work.  School starts back next week, and I have a ton of stuff to get caught up on.  That illness cost me over half of my break, so now I’m gonna have to scramble to get ready for the new semester.  Such is life, I guess.  That’s all for now.  Happy New Year, everyone!