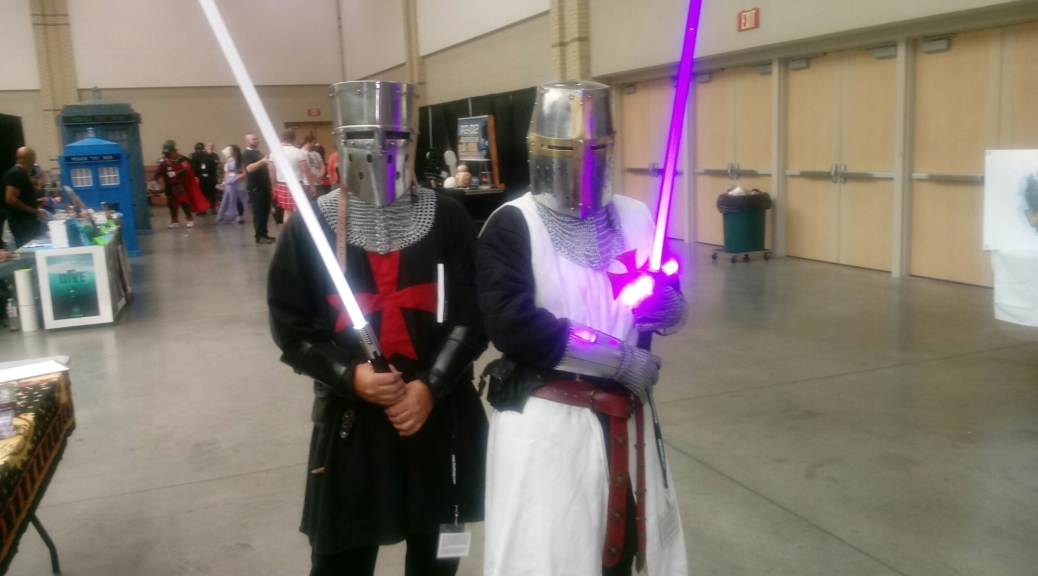 The first day of Con Nooga went pretty well. I did four panels total. The first two were on writing itself, more the nuts and bolts of how to sit down and write a book. The third was an overview of horror, which I was on because of the Sam Skeen Saga, and the fourth was The Golden Age of Science Fiction. All four were a blast and pretty well attended. I got to see several friends and catch up with them, which is one of the best parts of a con. Here are some images from the show so far.

This week has been pretty hectic, so I haven’t had time for a post until tonight. Right now, I’m in Chattanooga, preparing for Con Nooga this weekend. This is my first public appearance in two years, so I’m both excited and nervous. Hopefully it goes well.

I’m going to attempt a couple of posts from the convention, including images from the show. There are usually some pretty good cosplays at this one, so I’m excited to see what’s in store this year. In the past, I’ve always had a booth but since everything I do is Kindle exvlusive now, I’m free to roam around.

Also, I’ve gotten a few glimpses at the cover for book five, and so far I’m extremely pleased with the work. Can’t wait to share it with you when it’s ready.

That’s all for now. Check back tomorrow evening for some Con Nooga Ramblings. 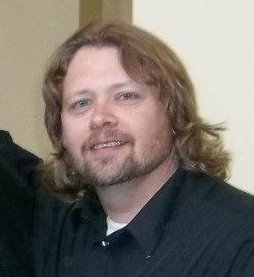 First off, let me say that Con Nooga 2012 was an excellent event and an awesome weekend.  An enormous shout-out and thanks to Todd and Robby for putting together such a great event.  I’ve been a guest author at this convention for four straight years, beginning with the second year it was held, and each year it has grown and gotten better.  It’s a good feeling to be a small part of something like this, and I’m grateful for the opportunity to share in the experience.  This year, there was an energy to the show that was palpable, and that energy spread throughout the entire convention.

Things started a little shaky because the hotel had made some changes to the space where the exhibitors’ hall was located, and a handful of us authors had to be moved to a different building.  At first, it felt like a slight to be booted from the hall, but as the weekend progressed, our new location turned out to be a blessing.  Also, I fully understand the reasons why we had to be moved and no longer feel as if there was any malicious intent behind the decision.  It’s all part of the growing pains as a convention expands its reach, and again, the new location ended up providing us with excellent foot traffic throughout the weekend.

On Friday, Stephen Zimmer and I made the decision to work our table for as long as the building was open each day, which meant we were at our booth pretty much the entire weekend.  It was exhausting but allowed us to reach a lot more people than we could have otherwise.  I would estimate that 1/3 of our sales for the weekend came after the exhibitors’ hall had closed, so it was worth scrapping our plans for relaxation on Friday and Saturday nights and working the crowds that came through our hallway.  We may have missed out on a little fun, but as I’ve always said, I go to conventions to work, not play.

This year, I only had three panels total, which was a little light for my usual load, but I feel like the three I did participate in were excellent, and I received positive feedback from both my fellow panelists and many people in the crowd at each one.  Andy Deane, Sean Taylor, and Allan Gilbreath are always a blast to work with, and each panel was well-attended by attentive, curious audience members.  It truly doesn’t get much better than that.

The coolest thing that happened for me all weekend was Saturday night.  Andy’s band, Bella Morte, was playing in our building at 10:00 PM, and for three years, I’ve been trying to catch them live.  Unfortunately, every time we’ve been at the same show, something has come up that prevented me from attending.  This year, I decided that I was going to the concert no matter what, and Stephen was gracious enough to watch the booth by himself while I went.  I met some very cool people in line before the show and had a great time cutting up and joking during a 30 minute sound check delay.  Despite the delay, the show was outstanding.  Bella Morte has a great sound, and Andy has an excellent voice.  It was the first concert I’ve been to in many, many years, and while I feel like my rock and roll days are behind me, I loved being there.  Before the last song, Andy took a moment to acknowledge me in the audience and plug both mine and Stephen’s books, and that was a truly special moment for me.  It’s not everyday I get hyped at a rock concert, and I hope he knows how much I appreciate it.

I don’t want to mention any one reader for fear of leaving out someone, but thank you to all of my friends and readers who came by the booth.  All of you are special to me, and I appreciate each and every one of you.  Your support and feedback and encouragement are what sustain me.  With all I’ve been through in the last five years, from the failure of my marriage to the couple of heartbreaks to the illness, you guys have been there for me, and I wish I could express my gratitude fully.  This weekend was an excellent step in the healing of my body, heart, and soul and reminded me of what truly matters in life.  I look forward to seeing everyone at Con Nooga 2013.