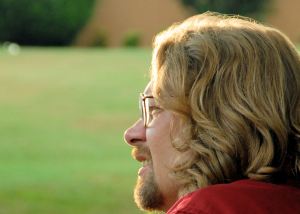 It began as a small tremor in my left hand, nothing major, just an occasional annoyance.  Over time, it morphed into a severe cramp that drew the fingers of that hand into a tight knot, not as painful as one might expect but certainly unpleasant.  Then, I started having difficulty with balance and walking.  Sometimes, I would fall for no apparent reason, and just walking from my office to the classroom took every bit of concentration I could muster.  I started having random, bizarre muscle twitches all over my body.  Sometimes they lasted a few seconds, once nearly an hour.  By mid-October of last year, an overwhelming feeling of death descended on me.  I wasn’t in pain, but I felt as if my body were failing.  From these symptoms, I feared the worst outcomes: MS, Lou Gehrig’s, Parkinson’s, or a brain tumor.  Of course, I sought help and started seeing a PMC physician and a neurologist.

Let me say most importantly, from the beginning, Dr. Kenneth Justice of Parkway Medical treated me with compassion, concern, and understanding.  Each visit to his office, he reassured me that we would find an answer, and he never once made me feel like a hypochondriac or someone faking an illness.  Even as test after test revealed nothing, he continued to believe that what I was experiencing was real.  I am grateful for how he treated me throughout the ordeal.  He even called me one evening, after office hours, just to see how I was doing.

The same cannot be said for Dr. Karen Mullins at Knoxville Neurology Clinic.  Never in my life have I met a doctor and a group of medical “professionals” so unconcerned for a human being’s health.  After reading her dictations, I am convinced that she never once took me seriously and dismissed my issues as either imaginings or some attempt to scam the system, despite my repeated claims that I only wanted to find out what was wrong with me, never once asked for any kind of medicine, and insisted that I had to get well enough to function in my job.  If you ever need medical assistance for anything, don’t waste your time with Knoxville Neurology Clinic or Dr. Karen Mullins.  They are the worst collection of half-assed, pretentious, unprofessional jack-wagons I’ve ever encountered.  At some point in the near future, I will be writing their office a letter expressing my disdain for their incompetence, and it will not be a pleasant correspondence.  I was desperately ill and needed help, and they ignored the totality of what I was experiencing, instead focusing on some nerve damage in my left arm, an issue I’ve lived with for years without complaint.  If a damaged ulna nerve can cause muscle spams in the abdomen, I guess I really don’t know anything about the human body.  Yes, I’m bitter and pissed off at how they treated me when I was scared out of my mind that I was quite literally dying.

On Thursday, I received absolute confirmation of what I’ve known since late January/early February.  I have a sensitivity to gluten that created a myriad of neurological symptoms because of my immune system’s attempts to fight off the reaction to the protein.  I’m not a doctor and won’t attempt to describe the complexity of how this works, but my blood work confirmed that I have this issue.  The good news is that since I’ve eliminated gluten from my diet, most of the symptoms have completely vanished, and the ones that linger are much diminished.  I need to thank Dr. Limas Adams for taking me seriously and identifying the issue.  I also need to thank my cousin, Janette, for pushing me to consider gluten as the culprit.  Without them, there’s no telling how bad and permanent things could have gotten.

Today, I feel pretty healthy.  As I’ve said before, I certainly don’t feel nearly 40.  My balance, which has been an issue ever since my head injury, is as good as its been since the accident.  My typing is much improved, though I still have some issues with fine motor skills.  Overall, I feel pretty good.  Sure, I miss certain foods, like pizza and chicken wings, but if eliminating those from my diet is what it takes never to feel the way I felt last fall, I think I can endure the sacrifice.  If you have unexplained medical issues and cannot find any answers, please consider looking into gluten sensitivity, sprue, or Celiac.  Some doctors are more knowledgeable on the subject than others, but Dr. Adams is an expert.  If you’re in East Tennessee, I highly recommend him.  Below are a couple of links to get you started learning more about this issue.  There are plenty more if you do a simple Google search.  That’s all for now.  I have a book to finish before the semester begins.