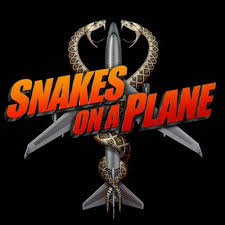 I’ve been thinking about our culture and some of the obstacles we face for the future, and one thing that strikes me is our rabid need for the next big thing.  It permeates every facet of every part of our society.  Movie studios are striving for the next Star Wars.  The music industry is still trying to replicate the successes of  Elvis and The Beatles.  Video games are always about the next hot game.  Sports are always over-hyping young athletes well before they’ve earned the accolades and then lambasting them when they don’t live up to expectations.  When the focus is always on the next thing and then the next and then the next, what becomes lost is the past and the lessons it can teach.  Obviously the purpose of this is to sell things–tickets, products, magazines, advertising, but am I alone in feeling like this system is simply unsustainable?

Hollywood has been bankrupt of ideas for years and is left recycling scripts and franchises.  The music industry sucks and has for quite a while.  Mainstream music is more about style and image than music.  Video games haven’t hit the wall yet, but give it time.  Both MLB and the NBA have been in decline for a couple of decades because the leagues focus more on their major markets than on overall competition.  And there is a serious disconnect between the upcoming generation and anything related to the past.  My nieces had no idea who Willie Nelson is, and one of them likes country music.  My girlfriend’s son had never heard of Ronnie Lott, yet he aspires to play defensive back.  I could cite many more examples of this disconnect, but you get the point.

I’m not saying we should live in the past solely.  That would be just as foolish and would resemble the Classic Rock stations that have been playing the same fifty songs for thirty years.  What I do believe is that if we as a nation are ever to get back to anything resembling quality, we need to stop seeking the next big thing and find some balance between attachment to the past and movement to the future.  We achieve this by celebrating the greatness that has come before as much as we hype the new.  Whatever we do, we have to find a way to connect this generation to reality more so than they are now.  Otherwise, we aren’t going to have a culture to worry about.